Prince Died Without a Will: Don’t Let that Be You

Prince Died Without a Will: Don’t Let that Be You

April 26th, 2016 Prince Rogers Nelson, better known to the world as Prince died. Now, fast-forward to May 2018, two years later, do you know his heirs have yet to receive even a dollar of their inheritance from his $200+ million estate?

According to documents filed in a Minnesota court back in 2016 by Prince’s sister Tyka Nelson; Prince had one sister, and five living half-siblings with no known estate plan in place.  Prince did not even have a Will.

What’s the Big Deal If Prince Didn’t Have an Estate Plan? 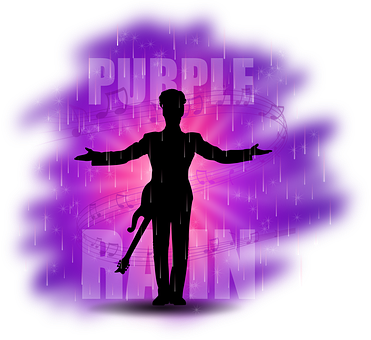 Not having an estate plan in place prior to one’s death can make the process of settling an estate that much more complicated. An executor of an estate cannot properly divide the monies until the IRS and the executor agree on the value of an estate upon one’s death.  To make matters worse, all of the time spent in probate investigation the IRS, lawyers, consultants, advisors, and the like will be incurring additional fee’s and expenses during that time. All fees will be deducted from the final estate value. Thus, be deducted from your heirs’ inheritance.

When a Person Dies Without a Will

Since no named executor is named when a Will is not present, the Register of Wills or probate will appoint one as they see best fit. An appointed executor for an estate can be any person of interest – even a creditor.

Yes, you read that correctly, if you do not have a Will in place your credit card company or mortgage broker could potentially be the administrator of your estate upon your death if a Will or estate plan is not in place prior to your passing.

In most states if there is no surviving spouse, the estate said to “go down the line” (children and grandchildren), up the line (parents), and out (siblings) until the administrator of the estate finds a qualified individual to execute the estate. Ultimately, the court gets the final say, and all people “in line” will/can be considered before making a final decision. This can take a lot of time, be quite complicated, and cost a lot of money as well.

Clearly, money was not an issue for Prince as he died with a multimillion-dollar brand. As for the common folks, like us the same estate planning rules apply. It’s easy to get caught up in the financial end of things, but in the end the absence of a Will or the absence of having another estate plan in place means leaving your hard earned living to chance. It means leaving your assets to be controlled in such a manner that likely was not according to your wishes.

The process of Prince’s estate division has been long, and costly. And, unfortunately for his beneficiaries that has meant time and money out of their pocket.

At a minimum Prince should have created a Will establishing his intentions, and having put his estate in a trust would have been an even better option yet. Probate could have been avoided, and his heirs would have at least seen some if not all of their inheritance by this time.

Don’t be like Prince. Don’t leave your estate and assets to chance. Leave your family during their time of grieving with the peace of mind they deserve – don’t make them fight to save your legacy. Let your legacy live for all eternity just as you intended it to do so.

Do you have an estate plan? If not, let our experienced estate planning attorneys help you – let’s not be like Prince. Let’s start planning today, for tomorrow is never guaranteed.

Disclosure: All cases are driven by the facts unique to each case as they apply to the law at the time, and the persuasive argument of an attorney. The information we provide is meant only as a broad overview, and not to be relied on without speaking with a legal representative.